"Why, what has happened to you, my friend? Here, have a seat by the fire while I get you something warm to drink. Please, tell me all about it..."

Hearty, Homey, and Hospitable, the Boggans are fae born of crafters' dreams. They derive pleasure from honest, hard work, whether it be tending the hearth in a freehold or crafting something with their hands. As such, most Boggans take jobs as tradespeople or in freeholds. Boggan nannies, construction workers, and factory workers are all common. Being valued for their skill with labour, many Sidhe prize them in their freeholds as treasured servants. In exchange for their servitude, Boggans recieve praise for their work, recognition, and most of all, overheard secrets. Boggans are notorious gossips who take note of the court machinations going on around them. Seelie do it out of "curiosity", Unseelie to save for a rainy day. The information they gather is relevant in the context of the comings and goings of nobles. With enough honest compliments to their work, one might be able to charm a tidbit or two out of a Boggan. They have an affinity to the Actor realm.

Short, stout, and sometimes pleasantly plump, Boggans have a cozy, homey air about them. They have somewhat large noses and eyebrows that are as thick and twisting as the clouds. They dress plainly; One has no use for ruffles or frills when there's work to be done. That three-piece suit or voluptous ball gown might be pretty, but it's just not practical.

Boggans go where there is work to be done. They serve as the driving force that makes a freehold run. Boggan cooks, maids, tailors, seamstresses, nannies, carpenters, contractors, engineers, masons, blacksmiths, jewelers, leather workers, farriers, factory workers, janitors, waiters, gardners, and landscapers are all common. As Wilders they may travel to where they can help the most, but as they age they tend to settle into a particular dwelling. a warm hearth, a cozy bed, a plentiful kitchen are all things that will make a Boggan home a happy one.

"Childlings are mischevious and always running underfoot. They tend to gather wherever work is being done. They may not always be attentive while helping out, but they often learn their trades at an early age. Once the chores are done, they're eager to get into mischief.

"Wilders cannot help but seek out adventure. Why hide under your mother's apron when there's a world to see out there? Despite their wandering ways, once they find a nice motley of adventerous Kithian, they stick with that group, and very little can drive them away. Of all the group, they're the most likely to worry about the wholesomness of the food they purchase and the quality of the tobacco for their pipes.

"Grumps often settle into permanent residences where they can putter about. This is often a place where they can support as many fae within a local freehold as possible. The level of comfort in this place is a prime concern for them.

As with any Kith, Boggans have a few traits exclusive to them.

Craftwork - Boggans never shy away from hard work. In fact, it brings them together. They have a reputation for being swift and superiour craftspersons. If unobserved, they can accomplish any task involving simple physical labour in one-third the normal time. Because of their affinity for work, Boggans can never botch Crafts rolls.

Social Dynamics - Since they're often intimately acquainted with the workings of households, Boggans have a heightened sense of the relationships between people. Gossip gets around even in the largest freeholds. Seelie pick up clues such as the subtle glances of would-be lovers; Unseelie tend to notice conspiratorial relationships and rivalries. A successful Perception + Empathy (or Subterfuge) roll allows a Boggan to puzzle out a groups's social dynamics. The difficulty can range from 5 (for a small travelling band) to 10 (for a royal ball brimming with intrigue). This Birthright functions normally even when dealing with mortals and the unenchanted in social situations.

Call of the Needy - Boggans cannot stand the sight of another person in need. When confronted by someone in legitimate need, a Boggan must make a Willpower Roll (difficulty 8) to avoid assisting that person in some way.

Night Worker (2pts) - You have found that you prefer to work during the nighttime. Perhaps there are fewer distractions then. Whatever the reason, you have discovered that once you have set yourself to a task, you are capable of working all night long without ever growing weary. However, should you attempt this feat for more than two days in a row, you will fall into a stupor at daybreak and be unable to be woken until the following day.

Nimble Fingers (2pts) - All Boggans are sure of hand, but you're even more so. All rolls involving fine motor skills are at -2 difficulty. This could involve anything from threading needles to picking locks.

Trusted (3pts) - You have the absolute trust of the locals, be they noble or commoner. This means easy access to stores of treasures or dross and to balefires. You are also considered to have the benefits of the merit Reputation. Of course, if the trust is abused too much, it will disappear.

Chivalrous Heart (4pts) - Maybe one of your previous incarnations was knightly, or perhaps you just have an overwhelming sense of duty to those in need, but when defending those who physically need your help, you are at -2 difficulty on all rolls.

Hidden Strength, Hidden Stamina (6pts) - In days of old some Boggans were able to perform great feats of strength or endurance despite their diminutive size. You have somehow retained a small portion of that ability. You may have an additional dot in either strength or stamina, although you don't necessarily look as though you have the musculature to match.

Teddy Bear (1pt) - Something about you screams harmless. Any attempt to intimidate is at a +2 difficulty. This can sometimes be a benefit, as people ignore you. People aren't fools, however, and even teddy bears with swords will be dealt with quickly as threats.

Aversion to Clothes (3pts) - Like the Brownies in the old stories, you can't stand to wear clothes. It's not that you're a nudist or an exhibitionist; it's just that after you start wearing any sort of clothing for long enough, your fae mien starts slipping away from you. Your fae mien is extra hirsute so you rarely get cold without clothing, but try explaining that to the local Duke, or better yet, the mortal authorities. While not wearing clothes, your appearance rating drops by one to those with enchanted sight and the difficulty for all social rolls when in plain sight of others is increased by two, unless you are dealing with nudists. While wearing clothes you feel uncomfortable and ill at ease; for every week that you spend wearing clothes without being naked for at least one full day you gain a point of temporary banality.

Bean Counter (3pts) - Most boggans consider a gift given freely to have no strings attached. Not you. From simple to extravagant, you're a bean counter. You must still answer the call of the needy, but there will always be a reckoning. A prepared meal may deserve a small thanks, or a home cleaned a modest tip. When not given, you must make a Willpower roll (difficulty 6 and up, depending on the favour done) or spend the next day rearranging your schedule to make the ungrateful one regret it. A failure makes a simple pranking in order, where as a botch results in nastiness most would not predict in a normally pleasant-mannered Kith.

Doormat (5pts) - Both Fae and mortals think of you as a doormat and constantly take advantage of your goodwill and generosity. Unfortunately, you have started to think of yourself this way as well. You must make a willpower roll to refuse any request made of you; difficulty depends on the nature of this request.

Views on Other Kith

From the Changeling: The Dreaming Corebook, Second Edition: "Attend to the words of William Surefoot as he roasts your dinner.

On Eshu - Watch these wanderers closely. They'll come trading tales for a warm hearth and a full belly, but sometimes they'll leave with full pockets, too.

On Nockers - I admire their diligence, but they tend to get carried away with their work. They really should learn to enjoy life more.

On Pooka - Irresponsible and foolish. They'll do their best to keep your spirits high, but they're rarely around when there's real work to be done.

On Redcaps - Redcaps have foul table manners and fouler attitudes. I'm glad I don't have to clean up after them.

On Satyrs - Well, they certainly are enthusiastic about seeking their...um, wisdom. Don't refill their wine glasses too often, or there'll be trouble, mark my words.

On Sidhe - The Sidhe are all too often misunderstood. It's admirable that they carry the ideals of another world. It's too bad this one is so hard on them.

On Sluagh - They always know more than they tell. Listen to them closely. Show a little generosity, and they may repay you with a choice bit of news.

On Trolls - They value honour and duty. In my book, that makes them nobler than the Sidhe. 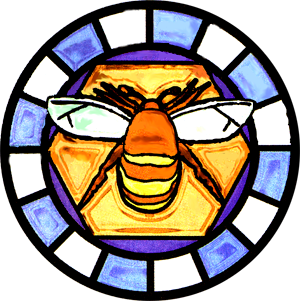 Retrieved from "https://changelingthedreaming.fandom.com/wiki/Boggans?oldid=4019"
Community content is available under CC-BY-SA unless otherwise noted.