"Who am I? I am the centre of the storm, I am a master of the sword. Draw your blade, cur, or die where you stand."

Graceful, elegant, regal and arrogant are all qualities of the Sidhe. Born of dreams of the rulers of kingdoms, the Sidhe are the nobility of the Kithian. During the high point of the Kithian, before the Dark Ages (refered to as the Mythic Age by Changelings), the Sidhe were revered (and feared) by mortals, who called them The Good Folk or The Good People. AS far as Changelings go, Sidhe are the most beautiful, but this comes with a price; Whereas a normal Changeling accepts Banality as a part of everyday life (albeit an unpleasant part), the Sidhe simply cannot accept this, as Banality literally hurts them. This stems from ancient history again, during two periods known as The Sundering and The Shattering. The former of the two describes the shift in mortal belief from magic to science (from about 1000 AD - 1300 AD), the latter being the exact point in which mortals rejected the idea of the Fae (1200 AD - 1500 AD). The Sidhe, seeing nothing good ahead for them, packed up and left the earth, destined for Arcadia, the legendary home of all Fae. The Commoners, on the other hand, were left to face the cold winds of Banality alone. As such, the relations between Sidhe and Commoner is strained at best in most cases. The Sidhe, on the other hand, can't quite grasp what has come over these upstarts, ignoring their Rulers' presence and authority. The Sidhe, not having spent as much time on Earth as their Commoner counterparts, have not developed an affinity with any realm.

Being of regal stature and noble bearing, the Sidhe are extremely beautiful, unearthly so. They are tall and thin, with perfect bodies, pleasing, angular features, and tapered, pointed ears. Their hair is saturated with colour, and their eyes tend to be odd, striking hues, such as violet, silver, or emerald green. Their clothes are of the finest materials and come in every colour of the rainbow.

Sidhe in mortal life are just like Sidhe in Fae life: beautiful and dirty rich. They often carry important stations in life as well as in court, and are mostly wealthy, entitled, and charming. It is so common it is to be expected. Those that don't have that lifestyle, however, often descend into a bitter Unseelie lifestyle. Often times, a Sidhe will be the most popular girl in school, with plenty of daddy's money to her name. Even with all the privilege in the world, however, Sidhe still carry a taint of sadness, even in their most joyous moments. Perhaps this is due to their fate being unknown, as while everyone knows that Changelings reincarnate when they die, no one knows what becomes of a Sidhe soul...

While most other Kith don't outright HATE the Sidhe, most are wary of these returned rulers; 6-700 years without a king means there isn't much need for one anymore. That, coupled with the domineering attitude of most Sidhe towards Commoners means that tension runs high. While all Sidhe have Commoners of all kinds in their court, the most commonplace ones to see there are Boggans and Trolls, who are happy to serve their old masters.

"Childlings know of the blessings of their inheritance from a very early age. The best of them act like perfect little gentlemen and ladies, but the worst of them are spoiled rotten and throw tantrums when things don't go their way.

"Wilders know they have the opportunity to indulge their every whim outside of court. Although high spirited and presumptuous on occasion, they are watched carefully once court begins. Seelie wilders are overconfident that their chivalry and nobility will prevail; Unseelie wilders are rebellious and scheme for power.

"Grumps fully realize the weight of their lofty positions. Many carry the burden of memories of years gone by. They pine for their glory days and grieve the mistakes they have made. Their greatest release from this weary introspection is the intrigue of the court.

As with all Kith, Sidhe have some traits exclusive to them.

Awe and Beauty - Sidhe get two extra dots of Appearance during character creation, even if this increases scores above 5. They cannot help but stand out in a crowd. The fury of a Sidhe scorned is a majestic and terrifying sight. When one is impassioned, all of her Social rolls (especially Empathy or Intimidation rolls) are at a -2 difficulty. Anyone who tries to attack an angry Sidhe head-on must make a Willpower roll; the difficulty ranges from a 6 (for the average Sidhe) to an 8 or 9 (for one of suitably high station). These abilities only affect other Kithian and the enchanted, unless the Sidhe calls upon the Wyrd.

Noble Bearing - Whether heroes or villians, all Sidhe are diginified. Any cantrip that would directly make them look foolish immediately fails. Sidhe cannot botch Etiquette rolls.

Banality's Curse - Sidhe are truly not of this world. The taint of Banality affects them more strongly than it does other fae. Each temporary point of Banality that a highborn gains becomes two points. If a Sidhe character must make a roll at a difficulty equal to her Banality (or a roll that's resisted by Banality), treat it as one level higher. Sidhe are also prone to fits of depression. The weakest of them can overcome these fits by changing their Legacies back and forth. When this happens, the spell must last at least from moonrise to moonrise or sunset to sunset. Strong-willed Sidhe escape this mania by retreating further into their Legacies; Seelie become impossibly idealistic and Unseelie sink to the very depths of villiany. Their great extremes can make them almost unendurable.

Popular (2pts) - The commoners in your area all seem to love you. Perhaps you are truly a good and just ruler, or maybe you've just manipulated them. Regardless, you subtract 2 from the difficulty of all Social rolls involving commoners. Other Sidhe may view you as a rabble-rouser.

Ancient Pact (5pts) - Sidhe have various treaties and arrangements with Prodigals going back to the before the time of the Shattering. You still have valid ties to one "kith" of Prodigals or perhaps Gallain (Silver Fang Werewolves, Mannequin People, the Verbena, Clan Ventrue, etc), and may expect their aid--and to be asked to provide the same on their behalf. The details of the pact should be worked out between you and your Storyteller, but in general, the more often you ask for help, the less effective and willing the help will be.

Anachronism (2pts) - Your knowledge of the Waking World is several centuries out of date, and you are unable or unwilling to catch up. You must spend twice the experience points (and traits in character creation) to buy any "modern" Abilities.

Empathic Blindness (3pts) - In any case, no matter how hard you try--if you even bother--you are simply unable to understand the needs and wants of Commoner Kithian, especially as regards their failure to accept rightful Sidhe rule. Their complaints about your fair and just policies make no sense to you. You have two of the following negative traits (or one twice) which apply in dealings with commoners: Callous, Condescending, Impatient, Oblivious, Tactless. These negative traits are valid even in situations where you're trying to order the peons around--and in cantrips involving the Fae Realm Hearty Commoner. Except for the latter, this Flaw affects your dealings with Titled Commoners as well, the uppity little twerps.

True Fae (7pts) - Yes, this is a Flaw...What happens to the human souls of mortal bodies possessed by the Sidhe is a great myster to everyone. Sadly, you know where the soul of your body is: it's still there, as you have not undergone the Changeling Way. You basically have the same options open to you for body-snatcing and run the same risks of gaining Banality as the normal Sidhe x2. Thus, you gain 3 Banality for every 1 point incurred. You can feel all uppity that you aren't trapped in mortal flesh like some people you could mention, but that's really the only upside.

"You may be seated while Erioch Evenstar has an audience with you.

On Boggans - It is quite helpful to have gentle and honest commoners. Be careful of what you say around them, though.

On Eshu - They may boast and brag, but you should never refuse their tales from afar.

On Nockers - Their skills are useful, even if their attitude is grating.

On Pooka - Fates forfend! Why do they work so hard to ridicule the noblest of the fae?

On Redcaps - Unpleasant, untrustworthy and crude. They're little more than common thugs.

On Satyrs - They're good for a brief dalliance, but otherwise, they're not as deep as they make themselves out to be.

On Sluagh - It is certianly better to be the recipient of their information than the subject of their curiosity.

On Trolls - Honest, fierce, and devoted--these are the qualities of a staunch man-at-arms. 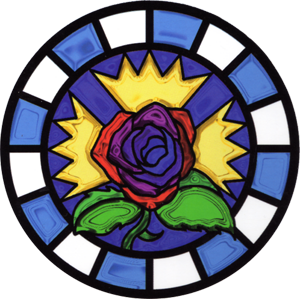 Retrieved from "https://changelingthedreaming.fandom.com/wiki/Sidhe?oldid=4053"
Community content is available under CC-BY-SA unless otherwise noted.